So, in a very short period of time I’ll be 23. 23. 23 years old. Jesus Christ; even the idea of being that old makes me feel tired. Anyway, as I’m now a man of a certain age, it’s time for me to stop looking forward to the next five or six years I’ve got left on this earth and, instead, start to look back at my formative years.

It’s also time when I stop trying to be creative and potentially experimental and, instead, really knuckle down and create these kind of vacuous lists that tend to perform so well online.

I read; I read a lot – admittedly, not as much as I used to but that’s not the point. Over these past few years, I’ve read hundreds of books. Most of them have been crap, some have been okay, but some have stood a head and shoulders above the rest. So, without further ado, here are:

I can’t remember what first attracted me to Henry Miller. Maybe it all came down to the fact that, for a time, his writing was banned in the United States. I’ve learned to use US controversial writing as a marker for quality.

Written over the course of 4 years – between 1930 and 34 – Miller used his bohemian, mad life in Paris as the backdrop for this novel, blending autobiography and fiction to the point that I’ve no idea what really happened and what didn’t.

Aside from all the sex, madness and degradation that occurs within the novel, it is fairly simple to see that many of the characters are highly caricatured versions of real people. Occassionally talking directly to me, the reader, Miller’s writing really left an impact on me – especially as I read it alongside his companion novel, Tropic Of Capricorn.

My Favourite Line: “To sing, you must first open your mouth. You must have a pair of lungs, and a little knowledge of music. It is not necessary to have an accordion, or a guitar. The essential thing is to want to sing. This, then, is a song. I am singing.”

Of course, the entire book is packed with fantastic lines that kind of sear themselves onto your forebrain; in a way, Miller has a fairly poetic form of writing in these novels, and a kind of weary, miserable cynicism that is reflective of the novel as a whole.

Sticking with the theme of American literature that caused a stir, we can’t help but turn to my favourite poet (and probably one of the most well known internationally) Ginsberg. Of course, before I’d read this, I’d heard of Howl, I’d heard of America (the poem, not the nation) and I knew that Ginsberg used to hand around with Bob Dylan. Immediately, that got me interested.

After surviving obscenity trials in 1957, that many have suggested made the poem much more widely known than it would otherwise have been, Howl itself has gone on to become one of the most incredible poetic achievements from the last few hundred years. There was even a film made about the poem, starring James Franco as a younger Allen Ginsberg.

This collection features a range of other poems, including the equally fantastic Kaddish, Death To Van Gogh’s Ear (one of my personal favourites) and America.

My Favourite Line (From The Poem Howl, Of Course): “They broke they backs lifting Moloch to Heaven! Pavements, trees, radios, tons! lifting the city to Heaven which exists and is everywhere about us!”

Taking a single line from Howl seems almost like cheating, but if you are interested, and you haven’t read or heard it before, I’d definitely recommend it! Ginsberg is probably the poet who, more than anyone else, showed me that poetry can be beautiful, can be artistic and isn’t simply a waste of time for rich people with nothing better to do.

Alain Robbe-Grillet’s In The Labyrinth

In The Labyrinth is a masterclass on disconcerting and confusing the reader, often to the point where I really had to reread several pages over again just to make sure I’d kept hold of what was going on. Some scenes are so incredibly similar that I genuinely thought I must have accidently lost a few pages and gone back to where I was before.

This entire novel seems to have been written with an almost general dislike of the reader. At times, it can be a hugely torturous process getting through it, but it has definitely been one of the books I’d most enjoyed reading over the past couple of years.

Even fairly simple techniques, like introducing the character as The Solider and then on the next page saying that A Soldier is leaning against a lamppost is surprisingly disconcerting. You’re constantly bombarded with this sense of tension, to the point that I’m sure I started to feel stressed out when I was reading it.

My Favourite Line: “Below the engraving, in the white border, a caption is inscribed in an Italian hand; The Defeat At Reichenfels”

Picking any one line from this novel is hugely difficult when it seems like ever paragraph has been written like any other author would create a single line. However, this line, written about a particular picture, sums up the entire character of the novel for me – the solider is looking at a picture of a scene he is actually looking at, engraved with a caption that he is currently living. If that isn’t confusing, then I really can’t think what is.

Any long time readers will know I’m a big fan of Camus; pretty much his entire body of work has passed through my hands at some point. The Fall, in my eyes, stands out simply because of the strange polemic style it adopts. 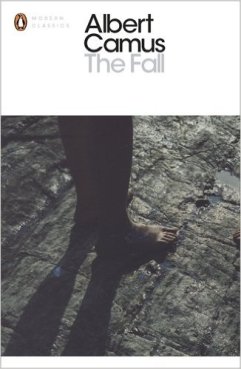 The entire novel is a one-sided conversation, a confession, if you will. It features a loss of innocence and self-loathing – two things which I happen to understand perfectly well. Seriously, if you’re looking for a unique read, then The Fall is a great option for you.

My Favourite Line: “So, tell me, please, what happened to you one evenings on the banks of the Seine and how you never managed to risk your life. Say the words that for years have not ceased to echo through my nights and that I shall finally speak through your mouth: ‘Young woman! Throw yourself into the water again that I might have once more the opportunity to save us both!’ A second time – huh! That would be rash! Just imagine, dear colleague, if someone were to take us at our word. You’d have to do it. Brrr… The water’s so cold! But don’t worry. It’s too late now, it will always be too late. Thank goodness!”

Okay, so it’s a little long, and it needs some context, but the last paragraph has always stuck with me. It says so much, about regret and about the folly of regret and the joy that a character can feel as they regret. I could open this book at any page, and you would be able to see incredibly imagery and fantastic writing, along with sentences that hint at deeper meanings and promised of things that never came.

Perhaps, The Fall has had more of an effect on me than I’ve given it credit for. Still; it remains one of my favourite books, and one that I read every few months.

Okay, so this might be a bit of a controversial one! I know why people dislike Ayn Rand, not just for her politics, but for her dense and often unforgiving writing style. Still, sitting down over a few days to read Atlas Shrugged was one of the best decisions I ever made. It made me question a lot of vaguely socialist (not really), extremely liberal beliefs that I kind of took for granted.

Plus, there really are some fantastic examples of writing in this novel. Aside from the badass sounding quote about Atlas balancing the world on his shoulders, there are pages and pages dedicated to John Galt’s speech over the radio towards the end of the novel.
Wherever you lie on the political spectrum, you cannot afford not to read Atlas Shrugged, if only to learn what you are fighting against.

My Favourite Line: “I started my life with a single absolute: that the world was mine to shape in the image of my highest values and never to be given up to a lesser standard, no matter how long or hard the struggle”

Literature Has Helped Me Turn Into The Person I Am Today

It might sound corny, but I wouldn’t be who I am without the literature I’ve read – that might not necessarily be a good thing, but it is certainly true. Anyway, now that my 23rd’s approaching, I’m on the lookout for even more great literature to consume, so that I can look back in a year’s time and wonder how the hell I got this far without having read (insert title here) by (insert name here).

If you’ve got any suggestions for novels or poets I should try out next, I’d love to hear them! I am, it has to be said, undergoing something of a dry spell in terms of literature.

By the way, if you look on over to the left, you’ll notice a load of links to longer things that I’ve written – if you’re a little strapped for something to read, why not give them a try? After all, free eBooks aren’t to be sniffed at!